A downloadable game for Windows

When you live in a war zone and death is hunting everyone, things will look different and choices become harder. Face your fate in an unjust war to survive with your family from the shadows of war.

Time is running against you, your family is in danger and there is nowhere to hide or to do but to get them out of the home through a hero journey to a safer place.

Shooting and bombing everywhere and it will hunt you unless you make fast decisions as you progress through different events. These events are real and they will make you choose the hard way. Live or die!

Why i made this game

I'm a father of two kids, I can't imagine my life without them, but in Palestine nobody is safe.

When the war started in Gaza and i saw the images of the killed kids in their parents hands I was shocked, I had a weird feeling, it's a combination of sadness, fear, empathy and anger, All what i was thinking of is "what if this happened to me".

It's Not Just a Game, It's a case and call for help.

mirta0001 year ago(-8)
T
Finished it in 20 minutes,  the game ran extra slow for me. Overall did not feel engaged with it. And it's not even the topic as I've seen war stories done right, this just wasn't it. The mechanics of guessing the right choices and then replaying the segment if you fail did not help either.
Reply
TororoHunter1 year ago(+7)(-1)

I went into this without much expectations.  It was a very short game but very moving and emotional. My 3 yo daughter sat in my lap about halfway through and was asking me so many questions I struggled with answering. I had tears in my eyes at the end and was hugging and sniffing my child.

Call for no war

Fantastic! I have just completed a course in game design at Dar al-Kalima college in Bethlehem. I wish I had known about your inspirational game. Let us meet at the al Sidwali juice bar in al-Manarah next time I am in Palestine.

I got this in the Indie Bundle for Palestinian Aid, but decided to play the Android version. It's a good message. Other reviewers have already commented on it, so I will not talk about that. But it's not really a game, more like an interactive animation as it is linear and limited. No matter what you do, Lilya and her mother get hit by bombs. It's very short, only around 10 minutes. It's also not replayable as you have seen exactly 100% of the game when it closes. For that reason, I believe it would be more fitting as a web app than a downloadable one. I guess it was the most featured game in the bundle as it can serve as a sort of "intro" to why the bundle was made, and it's not bad at that. I do hope if the developer goes on to make more games, they will be amazing.

I'll check out the other games in the bundle such as Celeste and Baba is You for some actual gameplay.

The game is an important insight at the atrocities of war, directly retelling some aspects that people in that area needed to go through in 2014. As such, it has some emotional elements that can be rather impactful and I am glad more people get to play it now. However, as a game, it is admittedly a bit lacking with relatively simple mechanics and quite a few bugs I encountered with missing music, exponentially overlying sound effects and progression bugs. However it is short and I believe playing and seeing what the game wants to say is important so go check it out.

seriously heartbreaking, but also beautifully created. It was as if I was right there in the moment and my heart truly breaks for the victims and the people that are suffering. The animation, the music, the story was all so beautiful and I sincerely felt as if I was experiencing all the horrors. It truly opened my eyes about the horrors of war , really thank you for making this.

many thanks for the team who helped create this. its such a powerful message to send to the world through video games. it was absolutely heartbreaking الله يرحم موتانا و موتى المسلمين

beautiful game, thank you for creating this work of art

Thank you so much for making this. As a Palestinian growing up in America, I was never able to imagine the terror that those still living in Gaza and the West Bank have to go through. The scene with the kids playing soccer was unbearable, and seeing the number of deaths and injuries was truly heartbreaking. This is a masterpiece that I will share with my family and friends.

im having trouble getting the game to start up, it says there is an error and that I have to restart my pc, I did that and it still isn't working :0

can you screenshot the error?

A short, intense game about the trauma of war. No more dead children, free Palestine

My anti virus picked up a Trojan horse virus with this file.
Not sure how you guys are bundling it. But you gotta make sure nothing is bundled in this the file.

So meaningful and emotive, I totally recommend this game, its short and beautiful

Absolutely beautiful. This game made me cry. The graphics are wonderful, the music is wonderful.

Congratulations... your game was also published on the channel... 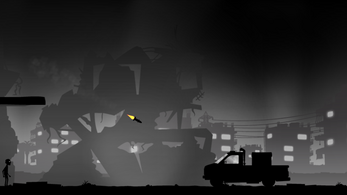 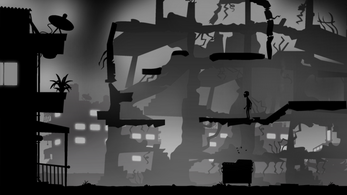 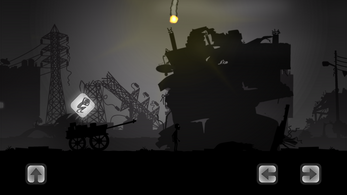 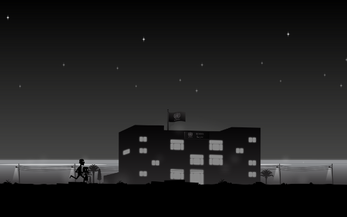 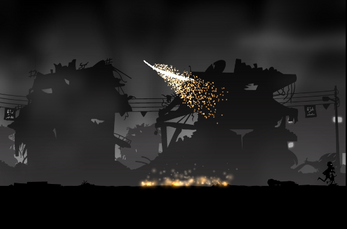